Scientists for Britain are a group of UK scientists and individuals who are concerned that pro-EU campaigners are misusing science for political gain. We have come together to help inform the UK referendum debate using reasoned argument, evidence and common sense, and to counter the political narrative of many pro-EU commentators that UK Science would suffer undue hardship in the event of the UK leaving the political structures of the EU.

Scientists for Britain are led and advised by the following individuals: 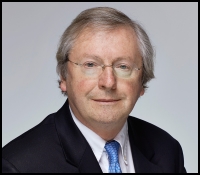 Professor Angus Dalgleish studied medicine at University College London where he obtained an MBBS and a BSc in Anatomy. He is a Fellow of The Royal College of Physicians of the UK and Australia, Royal College of Pathologists and The Academy of Medical Scientists. After graduating and house jobs in London and Poole he spent a year in the flying doctor service in Queensland. He also trained in Internal Medicine and Oncology in Brisbane and Sydney, Following an interest in how viruses caused cancer, he commenced an MD with Professor Robin Weiss, FRS at the Institute of Cancer Research and Royal Marsden Hospital. Following five years as a clinical scientist at the MRC’s clinical research centre in Northwick Park, he was appointed to the Foundation Chair in Oncology at St. George’s University of London in 1991. There his main interest has been the immunology of cancer and the development of immunotherapies to treat, in particular, melanoma. He currently sits on eight editorial boards, is the author or co-author of peer reviewed scientific papers and over 70 chapters in medical books. He is the co-editor of five medical books. He has been on numerous grant committees and is currently on the European Commission Cancer Board. 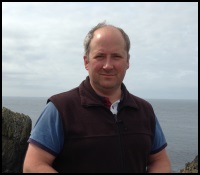 Dr. Christopher Leigh is a professional astronomer working in a Liverpool-based astrophysics research institute. His primary role is in using astronomy education and outreach to promote STEM subjects within schools and to the wider community, but he also maintains a research interest in the classification and detection of extrasolar planets. Chris graduated with a 1st class MSci(Hons) in Astrophysics from the University of St. Andrews in 2000, and remained there to undertake a Ph.D. in the Detection and Characterisation of Extrasolar Giant planets, which he completed in 2004. He undertook a 2 month JSPS fellowship at the University of Tokyo in 2005, and has collaborated with astronomers and colleagues from around the world in research that has involved some of the world’s most advanced professional telescopes. Having spent the past decade involved in both UK-funded and EU-funded science education projects, he has gained a good understanding into the inner workings of the EU machine, and to the pros and cons of conducting collaboration at National, European, International and EU level. 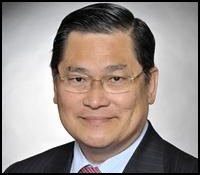 Dr. Teck Khong heads a small GP Practice in Leicester and was recently elected a Conservative councillor in Leicestershire. He arrived from the Commonwealth country of Malaysia in 1971, and undertook his medical training at the University of Sheffield. After specialist training, he entered General Practice as a GP Principal in 1982. During his distinguished career, Teck has also been a Pfizer clinical research fellow, a senior police surgeon with Leicestershire Constabulary and a forensic physician for Northamptonshire Police. He has also sat on a number of medical research and ethics committees, and was more recently a board member of NHS Leicester City Clinical Commissioning Group. In 1999, Teck completed a Master of Laws degree at the University of Cardiff, and has since played an active role (including being President) within his local branch of the British Medical Association and the Medico-legal Society. Teck has been an approved list parliamentary candidate for the Conservative Party since 2002. 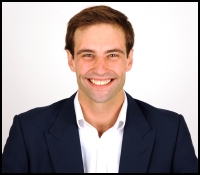 Jamie Martin is our Science Policy Adviser: Jamie is a former Special Adviser to Michael Gove when he was the Secretary of State for Education and whilst in opposition. He graduated from the University of Cambridge in 2007 with an Mphil (1st Class) in Political History. Jamie currently works in Venture Capital, focused on education technology companies in Africa. Previously he was a management consultant focused on K12 and higher education at Boston Consulting Group and Deloitte consulting. He writes regularly on education, science and technology policy including for the Guardian, Sunday Times, and Times Higher Education. 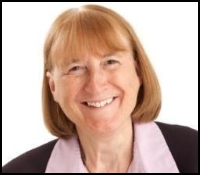 Dr. Julia Reid MEP obtained an Honours Degree in Biochemistry from the University of Bath. Following a period of post-graduate research in the NHS and industry, Julia received a PhD in Pharmacology in 1998. In 1999 Julia returned to research and was Head of Academic Research and Laboratory Manager of the Diabetes and Lipid Research Laboratory at the Royal United Hospital in Bath until 2009. Since 2011 she has worked as a political researcher in the European Parliament. In January 2013, Julia was adopted as the UKIP prospective parliamentary candidate for the Chippenham constituency, and in May 2014 she was elected as an UKIP MEP, representing the South West Counties and Gibraltar. 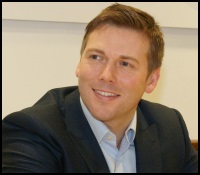 David Banks is our Media and Research Adviser. David began his career in science working at a laboratory for a pharma company and later moved into science communications. His communications work has subsequently broadened to include science, tech and finance companies, and he spent four years in the United Arab Emirates.
He was part of a BIS-sponsored project with the Chartered Institute of Public Relations to study how UK science could better represent itself among audiences through more focused communication of its work and results. David spent a year in political communications, advising front-bench spokespeople on communications and research, where he first studied the effects of EU policy. 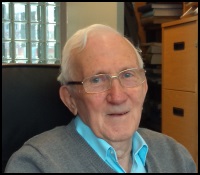 Professor Michael Loretto D.Sc, OBE, studied metallurgy at the University of Sheffield and carried out research in CSIRO in Melbourne Australia, in the Cavendish Laboratory in Cambridge, in Battelle Memorial Institute in Columbus Ohio, before being appointed as a professor in the University of Birmingham. He was Head of Department and subsequently Director of the IRC in Materials in Birmingham from 1989 before being appointed to an Emeritus position in 2001. He has remained very active in research and is coordinating a new EU-China project aimed at optimising processing of advanced alloys for aerospace. His special interest is the relation of micro-structure of alloys to their properties. He has been involved for over 50 years in transmission electron microscopy of materials, one of the most powerful techniques for characterising micro-structures and has received international awards for his work, including the 2015 Cyril Stanley Smith Award.

We are registered with the Electoral Commission as a Permitted Participant for the EU Referendum Campaign. Responsible Person: Dr. Christopher Leigh